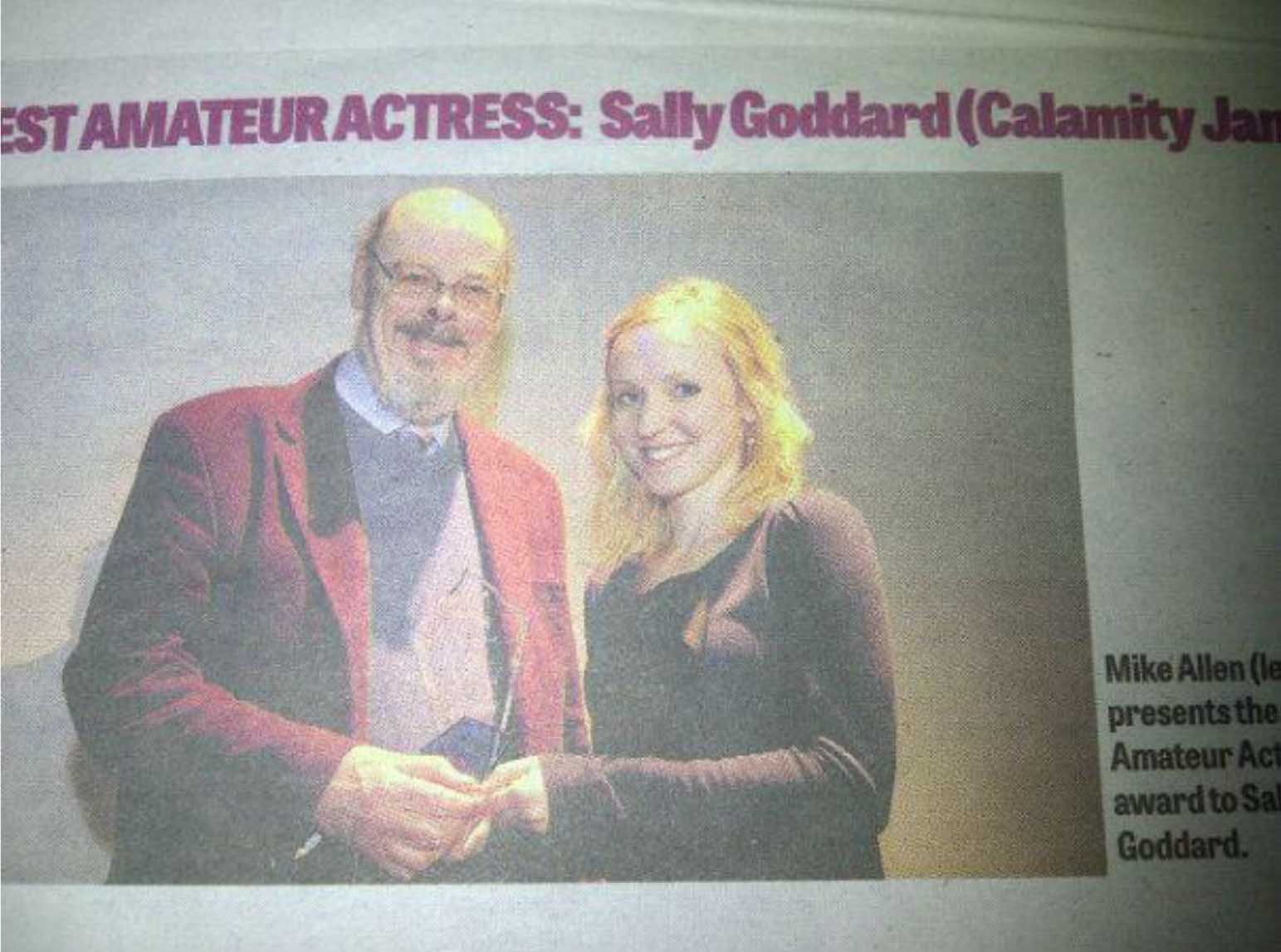 SALLY GODDARD WINS ‘THE NEWS’ BEST AMATEUR ACTRESS AWARD
Congratulations to Sally Goddard, a member of Dynamo from 1999 – 2006, who has been awarded as Best Amateur Actress in 2103 ‘The News’ Guide annual awards which took place at The Kings Theatre Southsea on 28th January 2013. Sally won the award for her portrayal of Calamity Jane in the musical of the same name performed by South Downe Music Society at The Kings Theatre Southsea in April 2012. She played opposite ex-member Matt Sackman who was a nominee for Best Amateur Actor for his role as Wild Bill Hickok.
Sally is a keen performer, appearing regularly with South Downe Music Society and CCADS. She always delivers an enthusiastic and polished performance and it is great to see her recognised by this award. She was presented with the award by Mike Allen, former drama critic of The Guide (see below).

For more about the awards evening, please click here