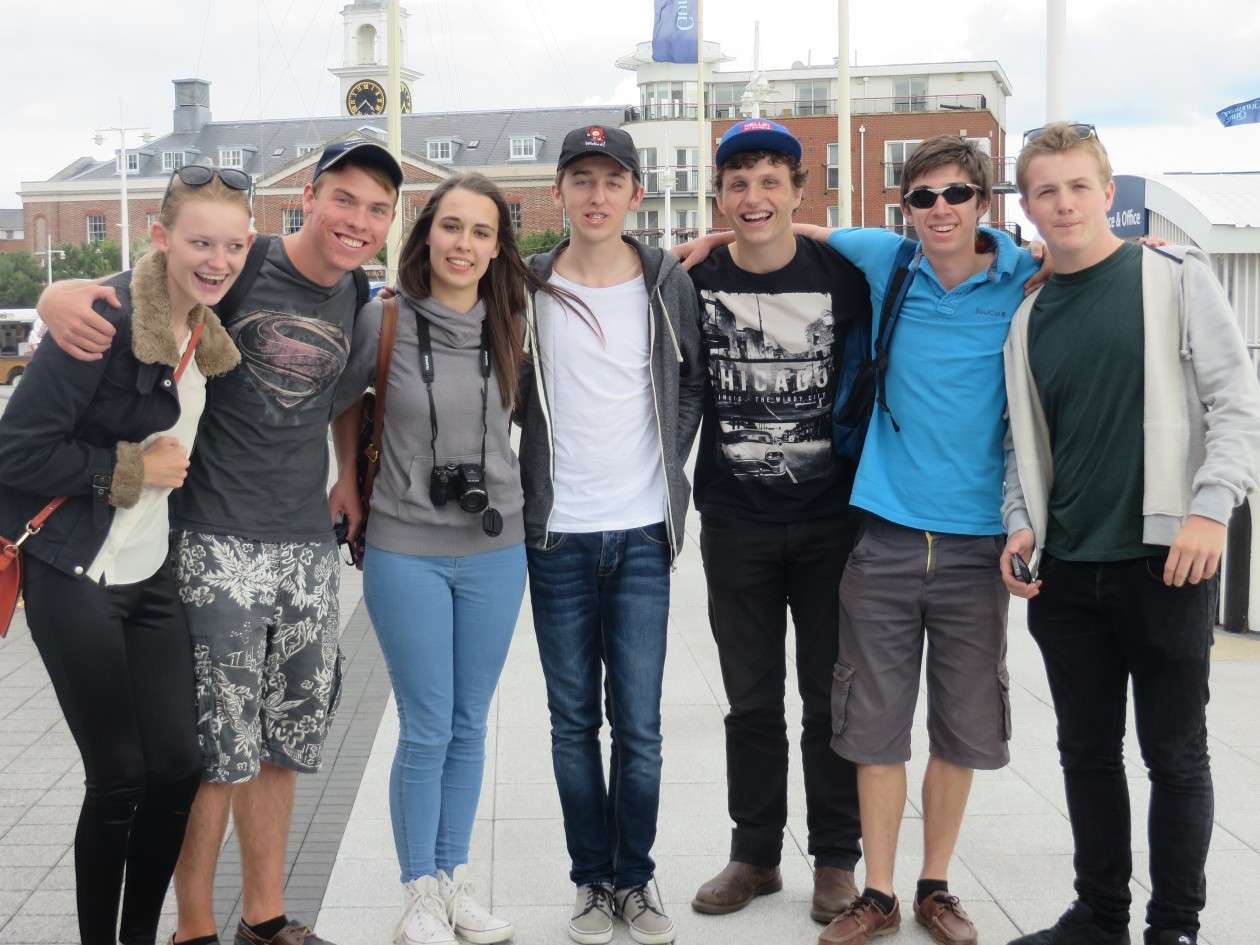 This year’s 6th form play, ‘The Foreigner’ takes place in Georgia with the cast performing the play with southern American accents. As part of the ‘method acting’ approach and to enable the cast to overcome their self-consciousness, they needed to practice and convince people that they were, in fact, Americans.

Andrew Bowker took them to Gunwharf and up the Spinnaker Tower to pretend that they were students over for the summer holidays from Tilghman County High School. It was with much apprehension as we watched them approach other tourists and convince them that they were from Georgia. We needn’t have worried. They became so relaxed with the roles, even asking one couple if the Isle of Wight was France. “All you Americans sat that” was the response. They had been hooked! We were so proud of them!

Production manager for ‘The Foreigner’